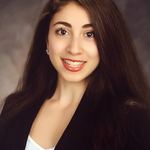 Profile for Serena H
(out of 1)

Serena has previously worked as a Program Assistant for the Advanced Training Program on Humanitarian Action at the Harvard Humanitarian Initiative, where she translated documents into French, managed the website, and transcribed interviews with humanitarian actors, for which she received special acknowledgment. She interned for the HALO Trust in 2017, helping organize a benefit that raised over $200,000 for landmine clearance in Nagorno-Karabakh. She spent the following summer studying at the Moscow International University in Russia, where she immersed herself in Russian language, culture, and politics. She spent the summer of 2019 interning at the Armenian Assembly of America in Washington, D.C., where she created the Spanish-language version of the Armenian National Institute’s website, a primary resource on Armenian Genocide information.

Serena was a founding member of the Armenian Students Association at Penn and a member of the VA Life Stories Club. She was also an avid participant in the university’s dance community, both as president of the Penn Yalla Middle Eastern dance troupe and a choreographer for the Quaker Girls dance team.

Serena is passionate about exploring the connection between culture and foreign policy. She seeks to combine her research and analytical skills with her academic and experiential knowledge to foster cross-cultural understanding and facilitate international negotiations throughout her professional career.

Available for Full-Time Employment or for Contract Work May 2020

Need help learning Armenian
I feel like I learned Armenian in three hours. It was excellent and organized work. Very enthusiastic.